In 2015, the German economy grew 1.7%, spurred by household consumption which increased 1.9%. Private consumption remains a key driver of growth in 2016. 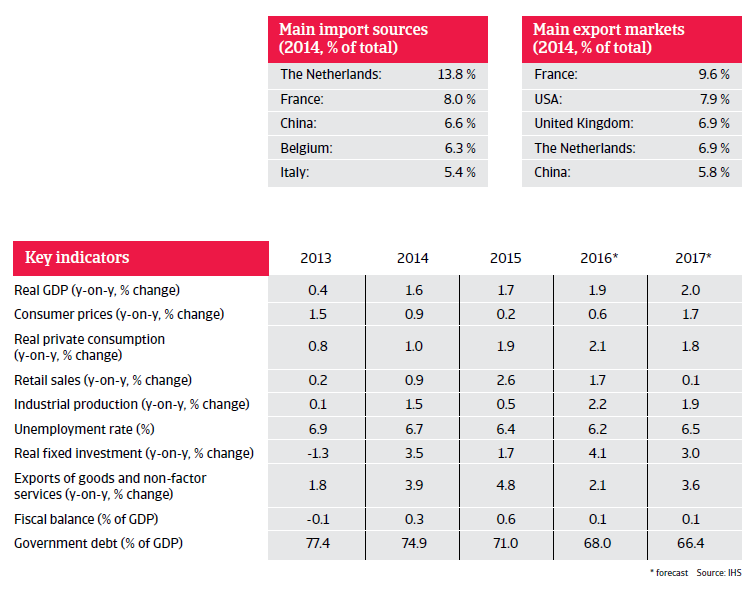 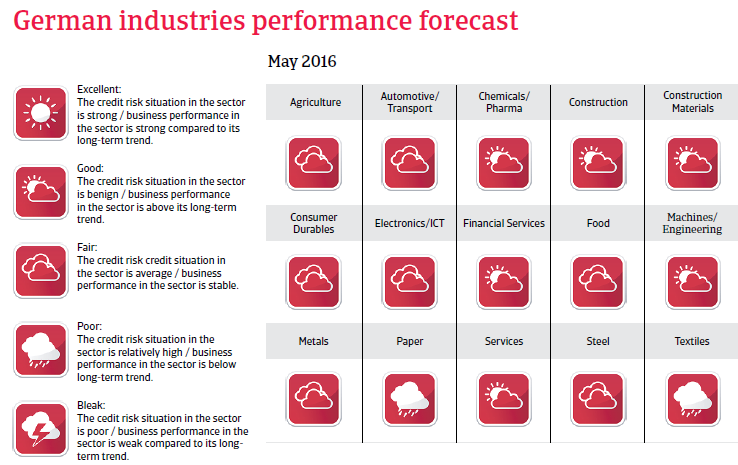 Pace of decrease in insolvencies expected to slow down in 2016

Private consumption remains a key driver of growth in 2016

The German economy recorded a solid growth rate of 1.7% in 2015. In contrast to previous years, when economic growth was mainly driven by exports, household consumption became a key driver in 2015, increasing 1.9%. This trend is expected to continue in 2016 with household consumption expected to increase 1.9%, still driven by low oil prices, rising wages and a further decrease in unemployment.

At the same time, government expenditures are forecast to increase, especially for the sharply increased number of migrants. While business investment and industrial production are expected to record higher growth rates than in 2015, export performance will be affected by a more sluggish global demand.

The federal government has achieved slight budget surpluses since 2014, largely due to higher tax revenues and lower government transfer payments for unemployment. In 2016 and 2017 the budget surplus is expected to decrease again due to increased expenses in order to cope with the high number of migrants.

93.0% of respondents in Germany experienced late payment of invoices by B2B customers over the past year. This in spite of very strict payment terms.

Insolvencies are forecast to fall only 3% across advanced markets in 2016, the worst performance since 2012.